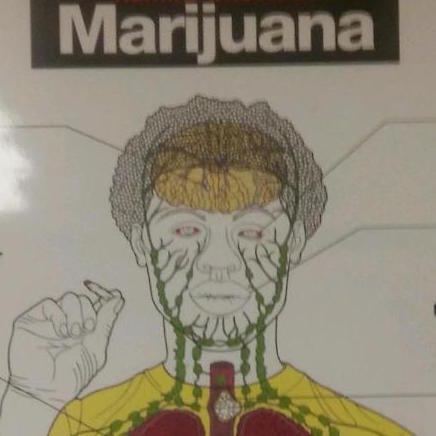 Most high school hallways are proudly adorned with student art, school announcements, and yes, even those alcohol and drug prevention posters too.

In that way, Gulf Shores High School (GSHS) in Alabama is no different than most high schools across America – they have alcohol and drug prevention posters up in their hallways too.

What is different about GSHS’s posters (compared to other schools) is that their posters are being described by local parents and NAACP members as “racist” and “wrong.” 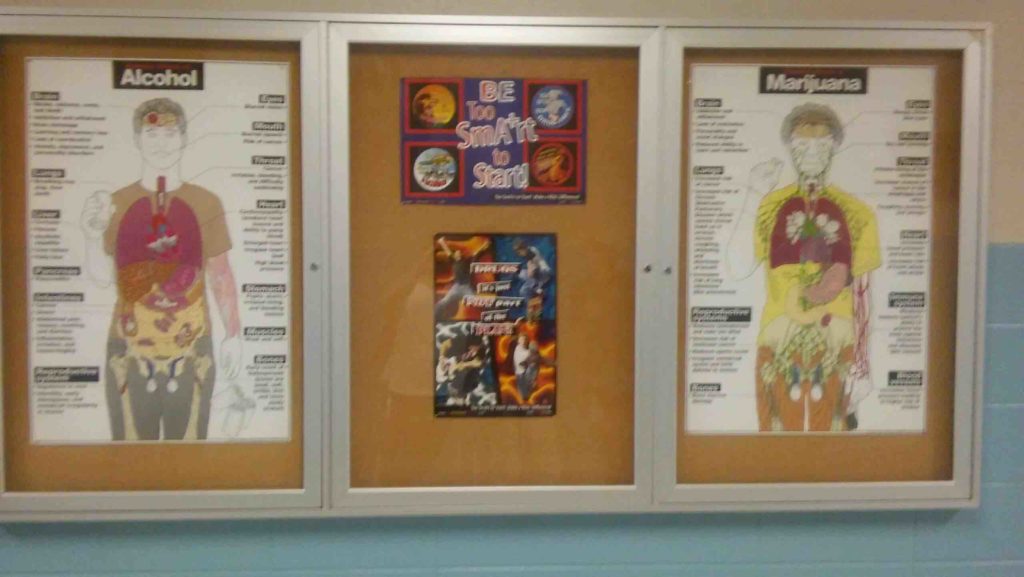 Parents of students, as well as members of the local NAACP point to the obvious message of racial profiling that is being sent to students. One parent told IPJ, “they’re making black kids out to be drug addicts and criminals.” 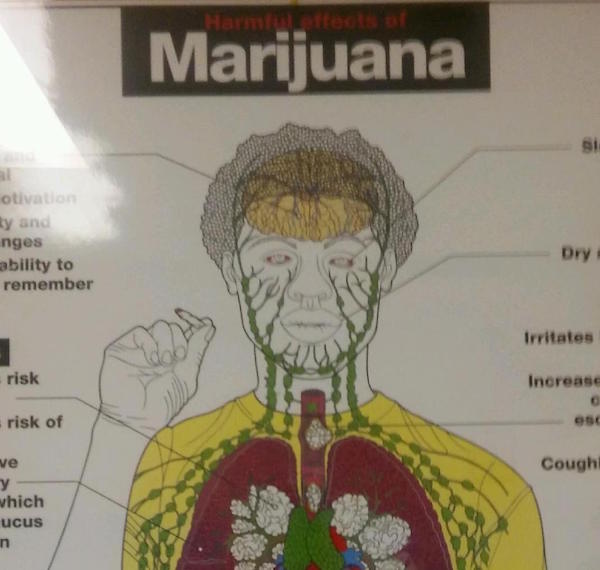 After a closer inspection of the images, IPJ analysts noticed that the black person in the “marijuana” image has longer arms compared to the white person in the “alcohol” image. 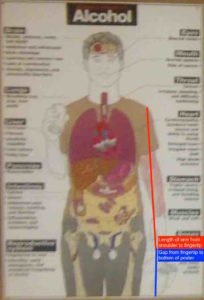 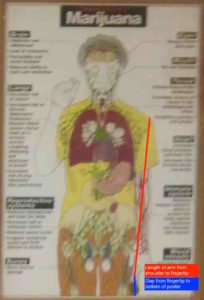 Measurement confirms that the black person is depicted with arms that are about 20% longer than the white person’s arms in the “alcohol”  image. It is unclear why differences in arm length (or race for that matter) would need to be depicted for such a poster.

A mother of a black student whose son endured severe racism at GSHS in the past said that she felt that the image was intentionally profiling black students as potential criminals. Regarding the arm length of the black illustration, the mother said, “it’s that monkey thing, trying to make black people out to be monkeys, giving them longer arms all drooping, hanging down like that, like they’re not the same as white people.”

Images like the “marijuana” poster at GSHS, which depict black people with longer limbs, are consistent with cartoons and other illustrations that depict blacks in an ape-like (or monkey-like) way.

The mother said that she confronted the Assistant Principal, Mark Glassford, about the poster in the Spring of 2017, while her son was still attending GSHS. The mother told IPJ, “[my son] and I were standing in the hallway, and here comes Glassford asking me ‘how are we doing today?’, and I just told him that I’m about 8-shades of livid because of the poster, and asked him if he didn’t see anything wrong with it. He just slowly walked away and didn’t even say anything. My son and I were just standing there wondering how he disappeared so fast.”

IPJ reached out to Glassford, who did not respond to requests for comment.

IPJ also contacted the staff at Gulf Shores High School (GSHS), who were not available for comment even after multiple attempts were made.

IPJ spoke to former Baldwin County Board of Education (BCBE) board member Angie Swiger, who had represented Gulf Shores on the board until last month. When asked about incidents of racism within her former district, Swiger said “I have nothing to do with that, you’re going to have to speak to the Baldwin County Board of Education.” When the IPJ investigator reminded Swiger that she (herself) was the Board Member for the district of Gulf Shores as recently as last month, Swiger hung-up the telephone.

IPJ spoke to current school board member Norma Lynch, who was appointed to take-over after Swiger left her position last month. Despite Gulf Shores High School falling within Lynch’s district, she also said that she had nothing to do with it either.

IPJ reached out to the president of the school board, Cecil Christenberry, who refused to speak with IPJ investigators, saying only, “no comment.”

IPJ reached out to Superintendent Eddie Tyler, but instead got connected to Sheila Janes, who refused to answer any questions. Janes took down IPJ’s message and told the investigator that she would have someone call us back.

Three days later, BCBE officials have still not returned any of IPJ’s calls, nor has anyone responded to requests for comment.

Parents who have seen the images of the poster claim that it’s just another example of racism at schools in Baldwin County. One parent who spoke to IPJ on the condition of anonymity said, “it’s not like the students put the poster up themselves or anything. That kind of thing had to be okayed, you know, approved by the school. It was put up by the school, just like the stuff happening there with that teacher in Spanish Fort. School board knows it’s going on, they just don’t give a sh*t.”

The NAACP is not surprised that the school board is refusing to acknowledge the problem. Alec Barnett Jr., President of the Baldwin County NAACP told IPJ that, “they sweep it under the rug, you know, brushing it under the carpet, that’s what they do, matter of fact, that’s all they do here.”

About the poster itself, Barnett said, “they’re teaching kids to profile other kids, that’s what the poster does, racial profiling. I’m not surprised that it’s going on, it’s just another example that the racism here in Baldwin County is from the school house to the court house.” 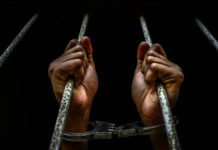 The Police Department in Foley, AL. doesn’t want you to know how many black people they arrest 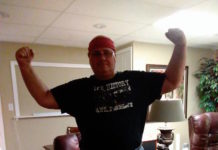 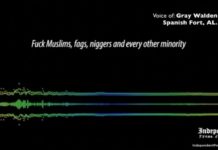 Did racist student get accepted to, receive scholarship to University of Alabama?

The Justice Department did not release a researcher-friendly version of the...

Mother says that prosecutor told her, “I wish I had not...

The Police Department in Foley, AL. doesn’t want you to know...

The Justice Department did not release a researcher-friendly version of the...

Mother says that prosecutor told her, “I wish I had not...

The Police Department in Foley, AL. doesn’t want you to know...